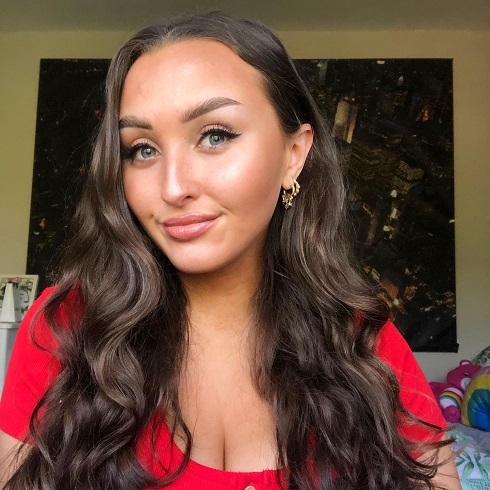 A Newtownabbey student is pursuing her dream to make it on the stage. With 10 GCSEs, 3 A Levels and an AS under her belt, Amber Cole turned down offers to study drama at university in favour of doing a practice based Performing Arts diploma at Northern Regional College.

Amber explains: “When I was at school, I was offered places at multiple universities for a drama degree but felt my practical acting abilities weren’t at the level they should be for someone wanting to pursue a career as an actor. I had barely any dancing or singing experience so, with this mind, I decided to enrol at the Newtownabbey campus to do a Level 3 Extended Diploma in Performing Arts Practice. The campus is close to where I live and the course was free which meant I could live at home and not have to take out a student loan.”

She continued: “There are so many things I loved about this course: making to new friends, trying out new things and the different classes which allowed me to develop my skills; but my favourite had to be the shows!”

In the showcase production at the end of first year, Amber took on the role of the Witch in the College production of ‘Into the Woods’.

Amber said it going to Northern Regional College to develop her Performing Arts skills was the right decision for her.

“It has really been a ‘win-win’ situation. I got great performing experience in the shows which helped my confidence. I had an opportunity to develop other skills, like leadership and time management,  and now have the equivalent of another three A Levels. Doing the course really helped improve my acting ability and I now have some great audition material.”

With reviewed determination to make it on the stage, Amber hopes to move to London, get an agent and carve out a career as an actor.

“I want to be able to make a living out of what I love”, she said.

Gemma McGranaghan, drama lecturer and co-ordinator of the Performing Arts Practice course said Amber was an excellent student who always strived to do her best.

“Amber worked hard at all elements of the course – drama, dance and musical theatre. I am very proud of everything she has achieved so far and have no doubt that she will go on have a successful future in the field of Performing Arts.